With spring coming to a close, and the first day of summer coming next Wednesday, I thought I’d share a few of my favorite summer themed artworks. Happy summer! 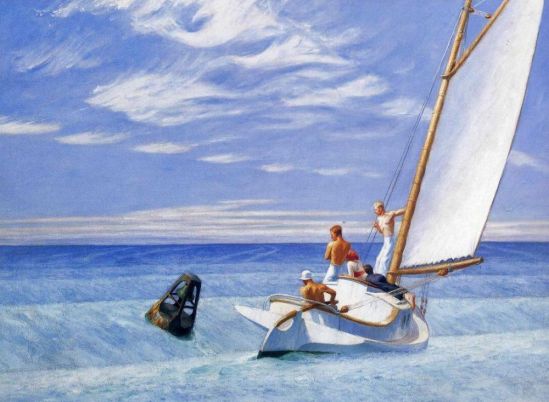 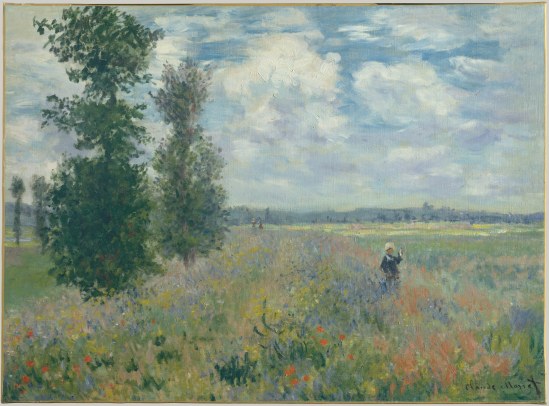 I would like to wish all my followers and their loved ones a safe and happy holiday season. Eat, drink and be merry. I know I will. Probably a bit too much. 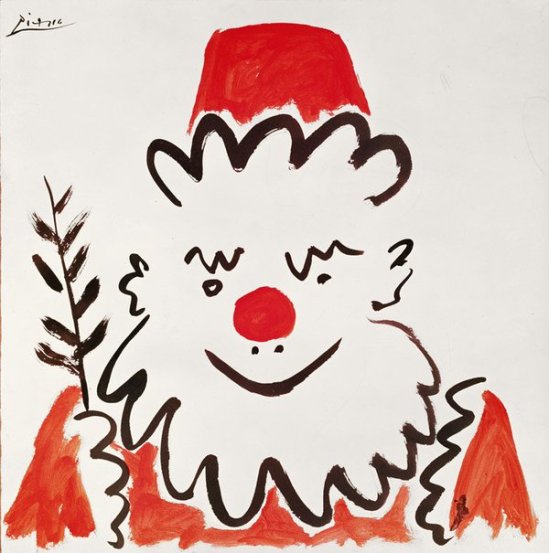 ABOVE: Norman Rockwell, A Drum For Tommy, 1921, oil on canvas

Being an artist is tough, and the chances you will become rich are slim to nil. That said, here are a few who achieved great success – and fortune – in their lifetime.

Pablo Picasso arrived in Paris on his twentieth birthday and lived, from 1904 to 1909, in a squalid studio that had once been a piano factory. Working in poverty proved beneficial though, and the beggars, prostitutes and drunks he came to know figured prominently in his paintings. It was an important time in his career that is now referred to as ‘The Blue Period.”

After leaving the piano factory, his career hit astronomical heights, and when he died in 1973, his net worth was estimated at $50 million.

Claude Monet and his wife Camille lived in poverty throughout most of the 1870’s leading creditors to seize a number of his works. Overcome with the burdens of debt, he contemplated drowning himself in the Seine, but decided instead to keep on struggling.

By 1890, Monet was wealthy enough to purchase a beautiful mansion in Giverny, and while there, he produced some of his most endearing works (see above).

Although he came from wealth, Francis Bacon was kicked out of the family home for being gay and quickly fell into a life of petty crime. To support his tastes and avoid destitution, he dated older, wealthier men until his art career began to take off in the early 1940’s.

After a long and successful career filled with many personal losses – his lover, George Dyer committed suicide – he died a wealthy man in 1992. As his haunted, pain-ridden paintings will attest, money can’t buy happiness.

Last week, I listed a few of the amazing artworks on display in the United States. This week, I thought I’d do the same for Europe. It was incredibly hard to pick just ten. 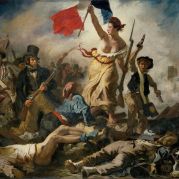 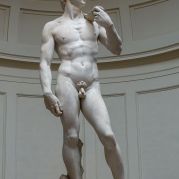 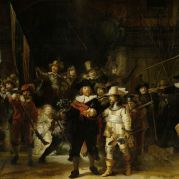 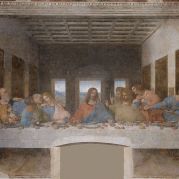 Johannes Vermeer, Girl with a Pearl Earring (Mauritshuis, The Hague)

Francisco Goya, The Third of May (Prado Museum, Madrid)

Of all the worlds great art treasures, many can be seen in the United States of America. Here are ten of the most iconic artworks to be found in the land of liberty. 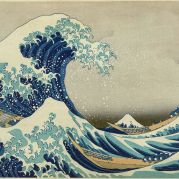 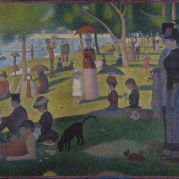 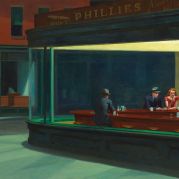 With every passing year, the prices paid for arts biggest names rise and rise. Just this week, another record was broken. How long before it’s broken again? 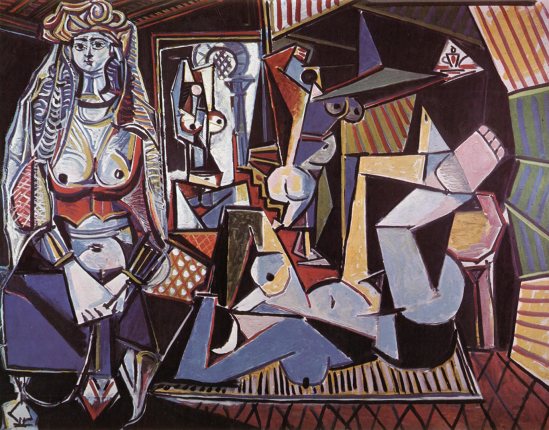 On Monday night, Pablo Picasso’s Les Femmes d’Alger (Version ‘O’) broke the record for most expensive artwork sold at auction when it went for $179.4 million at Christie’s in New York City. All told, the 35 pieces in Monday’s sale went for a total of $705,858,000. To put this in perspective, the Kingdom of Tonga has a GDP of $466.3 million.

Shockingly, Les Femmes d’Alger is nowhere near the most expensive painting ever sold. That distinction goes to Paul Gauguin’s Nafea Faa Ipoipo which changed hands privately for $300 million in February of this year. It seems that in the art world, private sales trump auction houses.

Every once in a while, buyers want their names attached to their acquisitions, but most often, and in the case of the above paintings, they do not. While this desire for anonymity is understandable, it is also worrisome as it likely means that these two masterpieces will never be seen (in public) again.

All of this begs the question: why do private individuals spend so much on art? From a hedge against inflation to the building of an art foundation, there are many possible reasons, but the cynic within me has to ask: Is the ‘love of art’ one of them?

I’m far too busy to write a full blog entry this week, so instead, I’ve decided to post photos of other artists working.

ABOVE: Jackson Pollock at work in his studio, 1950, photo: Hans Namuth

ABOVE: Pablo Picasso drawing a centaur in the air with light, 1949, photo: Gjon Mili 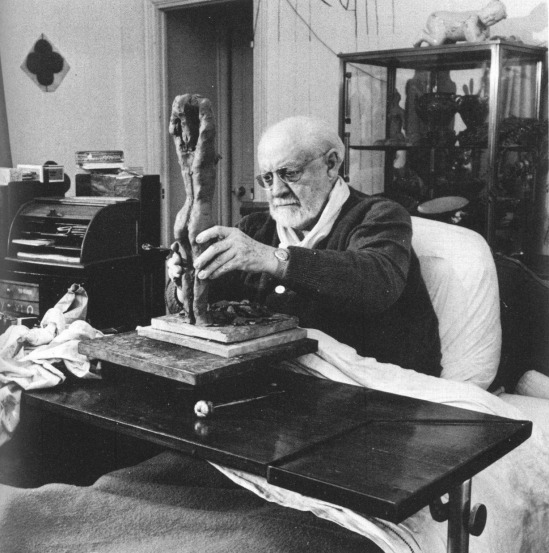 For more images of artists at work, you can check out my Pinterest board here:

According to Ai Weiwei, “Creativity is the power to reject the past, to change the status quo, and to seek new potential.” On that note, here is another edition of Art and Politics.

No discussion on political art would be complete without mention of the following:

On April 26, 1937, German and Italian planes launched an aerial attack on the Spanish town of Guernica. The bombing – done at the request of Francisco Franco – shattered the city’s defenses, and allowed Franco’s Nationalists to overrun it.

While the number of deaths has been widely debated, the raids destroyed the majority of Guernica, and transformed the sleepy Spanish town into an everlasting symbol of civilian suffering.

Picasso – who was living in Paris at the time – was so affected by these raids, that he immediately began work on what would become his greatest political masterpiece, Guernica.

The mural sized painting was first displayed in the Spanish Pavilion at the 1937 World’s Fair, but was later sent to the United States to raise funds and support for Spanish refugees. Vowing that Guernica wouldn’t return to Spain so long as Franco was in power, Picasso requested that it be temporarily housed in the Museum of Modern Art in New York City. In 1981 – six years after the death of Franco  – it returned to Spain.

In the years since its creation, Guernica has become a powerful cultural icon that speaks to humanity not only against war, but also of hope and peace.

The Guerrilla Girls, Do women have to be naked to get into the Met. Museum?

In 1985,  the Museum of Modern Art (in New York City) held an exhibition titled An International Survey of Recent Painting and Sculpture. Of the 169 artists on display, only 13 were female.

In response to the show, a group of anonymous female artists decided to speak out against the sexism of the art world. They called themselves the Guerrilla Girls, and owing to their new name, they wore gorilla masks to hide their identities.

Since its formation, the group has fought for female artists by making curators, dealers, and even critics accountable. They do this, in part, by producing posters that list the number of male and female artists on display in major museums. Ironically, many of these posters have entered the collections of the museums they renounce.

While the world, and by extension the art world, has changed a lot since 1985, inequality still exists, and because of it, the Guerrilla Girls have yet to hang up their masks.

Amidst the chaos, many schools collapsed, and thousands of children lost their lives. When he visited the area, Ai Weiwei noticed that it was littered with school supplies. Knowing that the buildings collapsed as a result of poor construction, and knowing that the Chinese authorities would attempt to cover it all up, Weiwei decided to create the installation Remembering.

Constructed from nine thousand children’s backpacks, Remembering was installed on the façade of the Haus der Kunst in Munich, Germany in 2009. Among the backpacks was the sentence “She lived happily for seven years in this world.” It was spelled out in Chinese characters, and was a direct quote from one of the children’s mothers.

For his outspoken efforts, Ai Weiwei has been beaten (see above photo) and detained. Throughout it all, he has remained defiant.